On December 4th and 5th 2014 the Chair of Economics and Economic Education hosted the Second International Conference of the section Financial Education of the German Society for Economic Education (DeGöB e. V). The publication from July 9th 2014 of the results of the data acquisition 2012 for the add on-option “Financial Literacy” is taken as a reason for a scientific debate about the construct, the measuring instrument and the results. Therefore we could gain Ms. Adele Atkinson (OECD, Paris) as well as other well-known speakers from Germany and Austria. 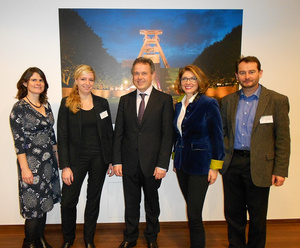